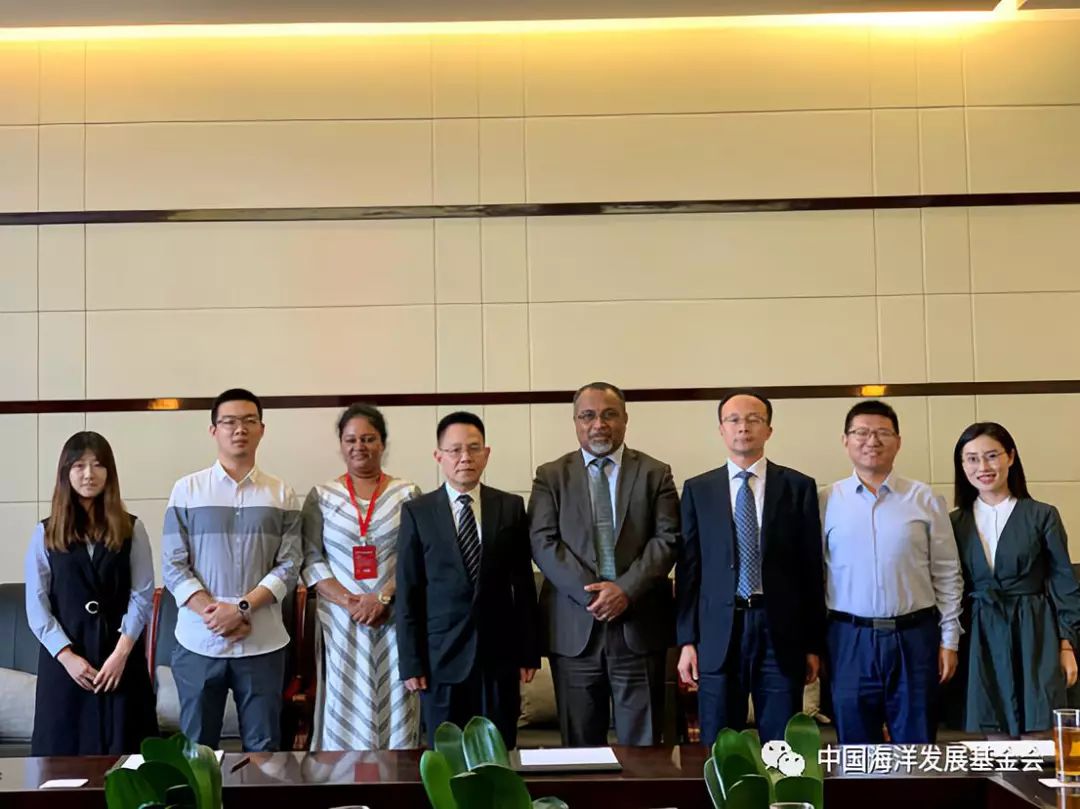 On behalf of the Foundation, the Secretary-General Pan Xinchun warmly welcomed the participation of the Secretary-General of PIDF, Mr. Solo Mara, and the project director, Ms. Apana Pratap, at the International Forum of Blue Economy Entrepreneurs. Mr. Pan then introduced the CODF's background, mission, main tasks and achievements in implementing the "One Belt and One Road" initiative and participating in global ocean governance, especially the marine space planning projects currently prepared by those countries along the Silk Road and the island countries that the foundation is funding ( Mozambique, Mauritius, Madagascar, Bangladesh, Thailand, Cambodia, Pakistan, Fiji, Papua New Guinea, Timor-Leste, Panama, Guyana, etc.). The Secretary-General Pan emphasized that the Blue Economy International Alliance, which was established on the morning of the 14th, serves as a bridge for communication and cooperation between governments and enterprises, will greatly promote the implementation of later-stage projects in developing countries and island countries that carry out marine space planning and rapid development of the blue economy.

Mr. Solo Mara extended his warm congratulations to the successful holding of the Blue Economic Entrepreneurs International Forum on the 14th and the establishment of the Blue Economy International Alliance, highly praised the achievements achieved since the CODF was established, and expressed heartfelt thanks for inviting them to attend the meeting. Mr. Solo Mara briefly introduced the important position of PIDF in the South Pacific region, saying that the organization as a gathering place for heads of government of developing countries in the South Pacific region has irreplaceable effect to strengthen bilateral and multilateral cooperation with China and develop the blue economy. Mr. Solo Mara believes that in the context of the high-quality development of the marine economy today, it is becoming increasingly important to strengthen cooperation between the two governments and non-governments, and it is time to form an alliance.

PIDA project director Ms. Apana said that Fiji Viti island marine space planning project supported by the CODF has been implemented smoothly. She hopes that the CODF will continue to help and support the Pacific island nations in preparing of marine space plans, popularizing of marine knowledge, improving of marine awareness, training of the ocean managing talents and developing of the blue economy.

The two sides exchanged opinions on cooperation-related matters and jointly expressed their willingness to strengthen cooperation in marine space planning, marine management personnel training, and rapid development of the blue economy, so as to contribute to the high-quality development of the world's marine economy and the improvement of people's living standards.